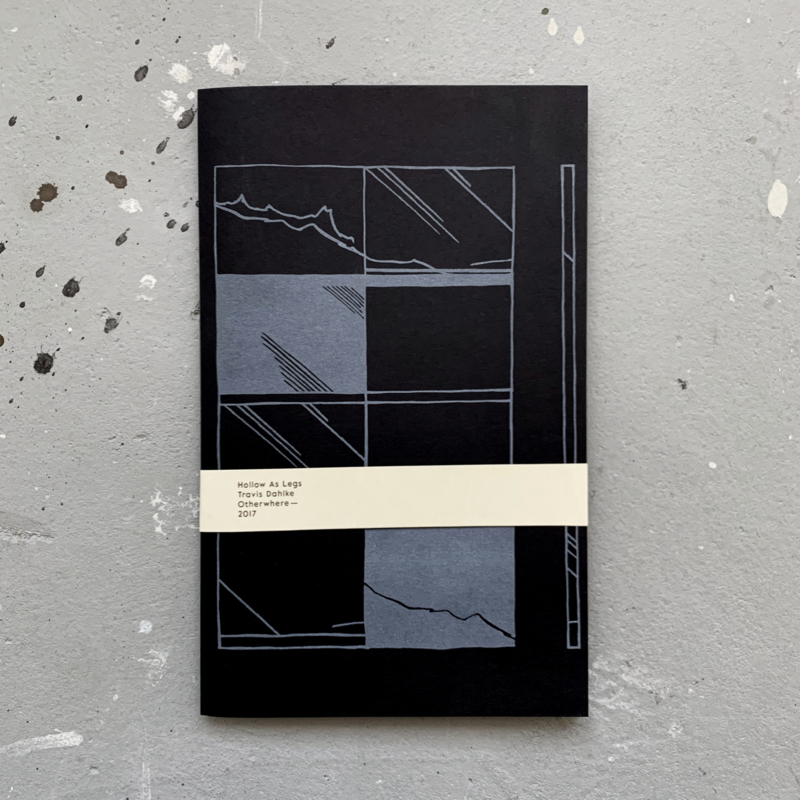 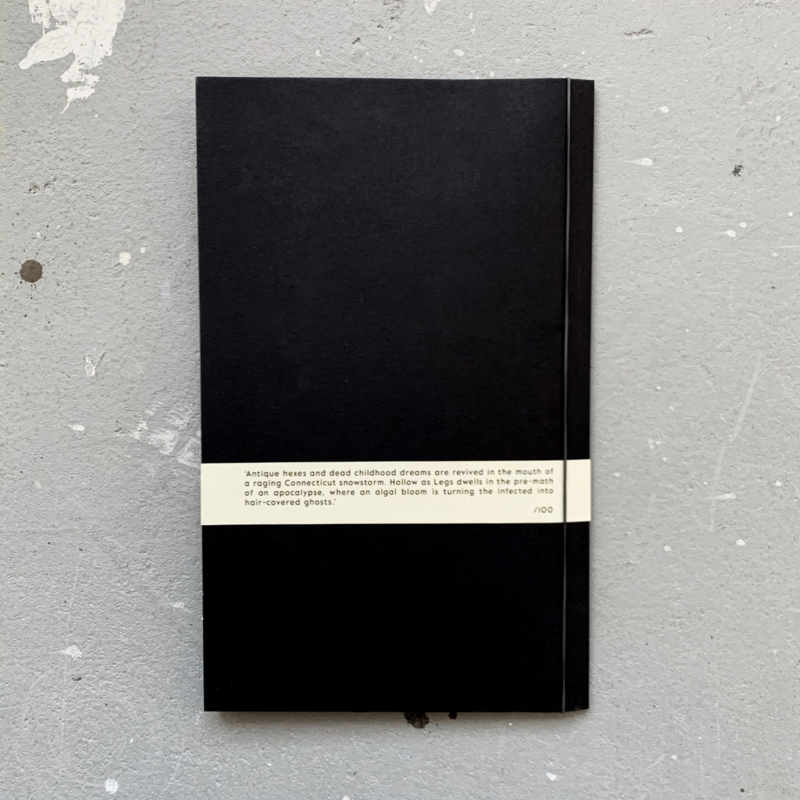 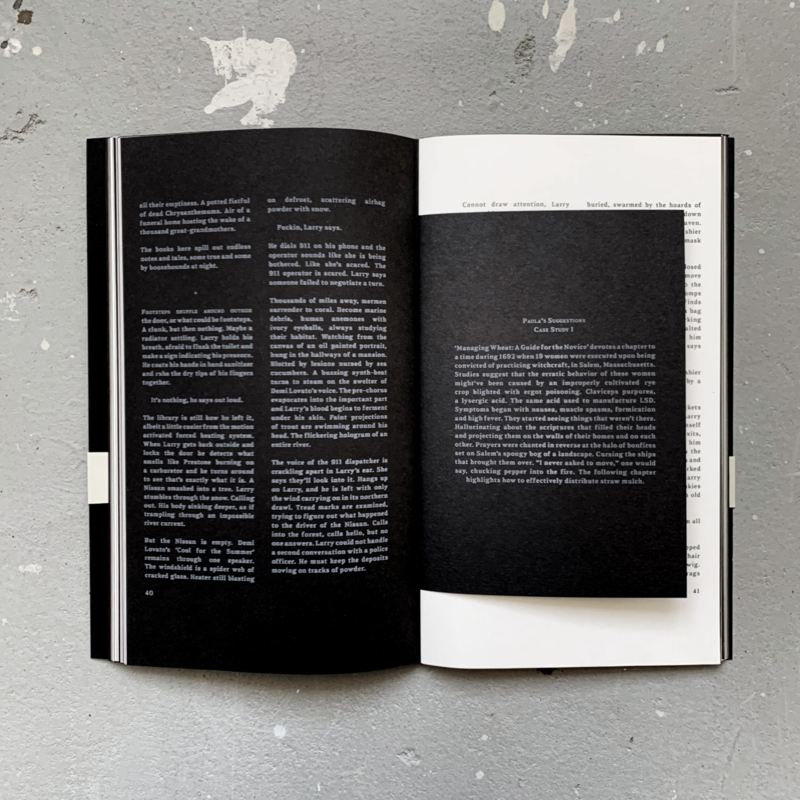 ‘Antique hexes and dead childhood dreams are revived in the mouth of a raging Connecticut snowstorm. Hollow as Legs dwells in the pre-math of an apocalypse, where an algal bloom is turning the infected into hair-covered ghosts.’

It’s ten days after Christmas morning. The dog days of winter-break bring homebound college kids on old paths with townies who never left. An anthropological account frames a plow driver trying to undo digressions with embezzlement while navigating neighborhoods in a night long with library books, 711 wine & Demi Lovato. An orphan leaves home to brave the storm and start anew after his foster parents fall ill. Waterslides in an abandoned amusement park reminisce on their younger, albeit darker days. A woman struggles to move on early to cope with the Alzheimer's that is claiming her father.

Printed on a RISO RZ1070E in black and white, hand bound and numbered in Amsterdam